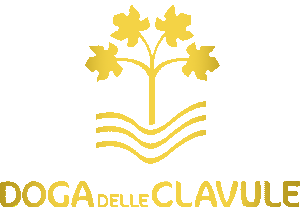 Doga delle Clavule is located in the borough of Magliano in Toscana, in the heart of the production of Morellino di Scansano D.O.C.G. The farm estate, crossed by a river after which it is named, spreads out for an overall area of more than 130 hectares. The old stone building stands on a high hummock. Three stone-outbuilding farms stand not far away. This is a typical two-floor farm of Maremma that has a view that sweeps over the Uccellina and Albegna parks until the Argentario coasts; all around, the landscape alternates between vineyards and olive groves. Several Etrurian necropolis were found in the territory witnessing the existence of populations devoted to vine growing since ancient times. Not far from Doga delle Clavule big terracotta pitchers for wine conservation containing seeds of vitis vinifera and two small bronze statues representing farmers grasping a billhook - a typical tool of the grape harvester - were found.

From the land to the winery 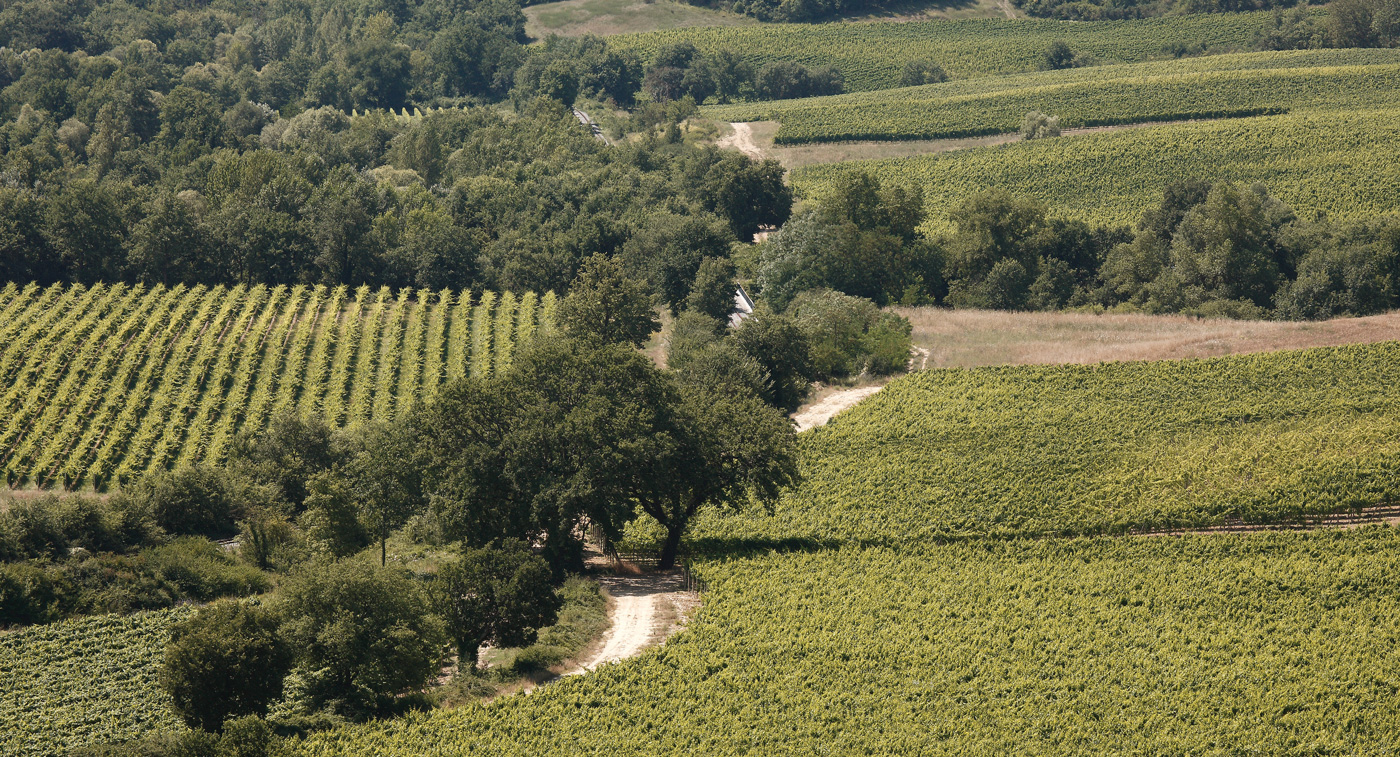 From the land to the winery

The soul of the Morellino di Scansano is represented by the sangiovese grapes - locally called ‘morellino’ - that are able to express special velvety qualities in this part of Tuscany. Doga delle Clavule has an excellent position for vine growing. The estate spreads out over a hilly region, the vineyards spread out for ca. 60 hectares including 20 for Morellino, 7 for Bianco Toscana I.G.T. and the remaining for Rosso Toscana I.G.T. Soils are mainly sedimentary with some examples of neo-native loose soil, deriving from marine deposits of Pliocene origin. The proximity of Mount Amiata creates perfect climatic conditions: vineyards are protected from cold north winds and mitigated by sea breezes. This also reduces the possibility of disease to the vine to a minimum level. Generally, harvesting starts mid August for white grapes, whereas red grapes are harvested as from the end of August and for all the month of September. Morellino di Scansano D.O.C.G. is a young wine with a great personality, it is aged for 6 months in French durmast 500-litre casks and fined for other 4 months in bottle. Vermentino, traditional wine and vine, is aged for 4 months in stainless steel vats and settles for other 2 months in bottle. 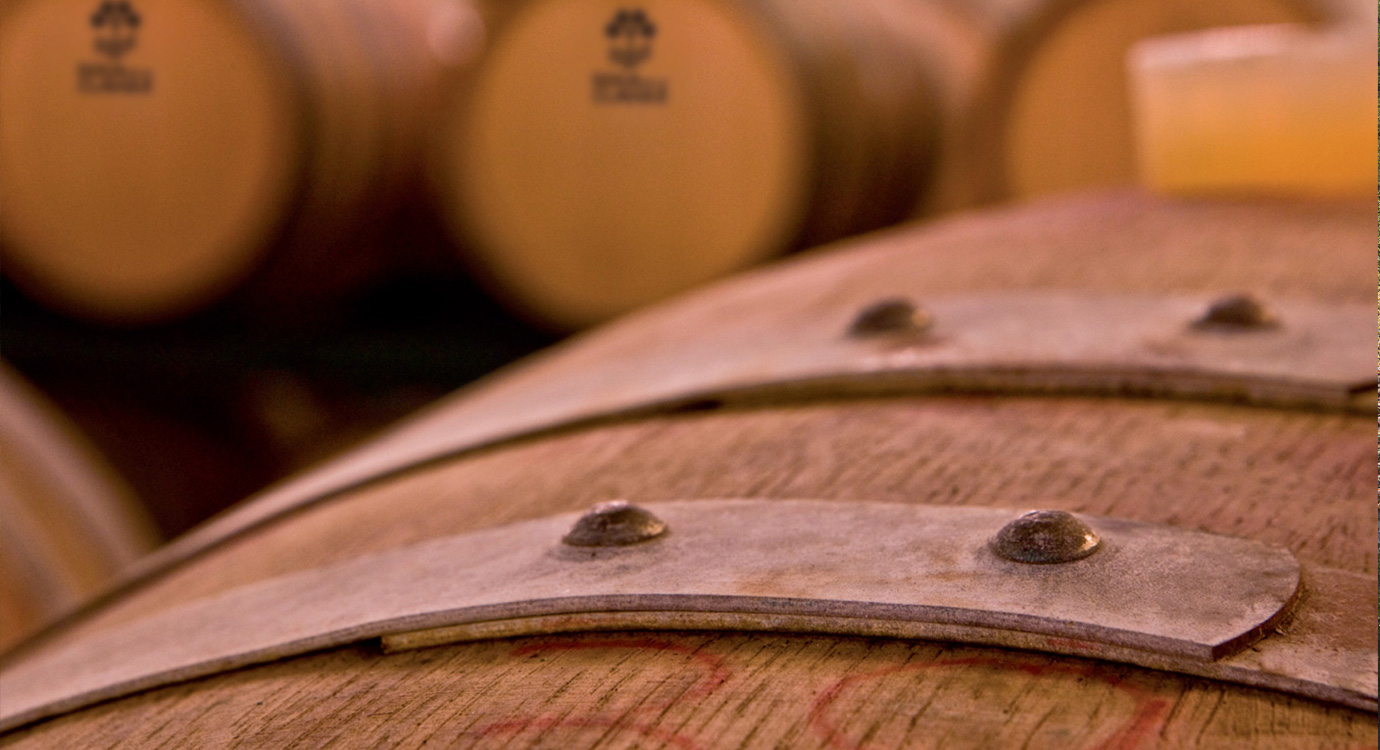 Symbol-wine of the Maremma, Morellino di Scansano has very ancient origins. Initially, the Etrurians, later on, the Romans, choose to settle in these places, ideal for growing vine and olives. During the hot months of the year, the officials and the notables of Grosseto with their families and servants poured out into these aired hills. In a short time, buildings, villas and farms were built and the area became a powerful farm centre, especially dedicated to vine-growing. Interesting documents such as statutes of the land and of the rural area of the fifteenth century are kept a the Historical Archives of the Municipality of Scansano; these statutes established hard punishments for all those damaging the vineyards. Passing from the Medici to the Lorena in 1737 brought new development prospectsfor the Maremma; Scansano became officially the summer capital and this fostered the development of commerce and agriculture until recently. The production area of Morellino di Scansano, characterised by a Mediterranean climate, spreads out in the southern part of Tuscany, over 58,000 hectares of hilly region between the Ombrone and Albegna rivers. The Registered Designation of Origin was approved in 1978 (D.O.C.) with the relevant specifications that confirm the origin of the grapes of Morellino coming from the Borough of Scansano and part of the boroughs of Manciano, Magliano in Toscana, Grosseto, Campagnatico, Semproniano and Roccalbegna. In 1992, the Consortium for the protection of the Morellino di Scansano was set up with the purpose of giving a direction to the wine policy of the territory, guaranteeing quality and enhancing the product on the market. The Registered Designation of Origin was approved in November 2006.

Historically, the Maremma's name for Sangiovese derives from the local horses, which are known as “morelli,” and refers to their vigor and the intensity of the color of their coats. “Morello” gave origin to the wine Morellino di Scansano, which obtained DOC status in 1978, and DOCG status with the 2007 vintage. At present the Morellino di Scansano Appellation boasts about 1500 hectares of vineyards. In the Tuscan Maremma the harmonious interaction between sea breezes and gentle hills yields soft fruity wines that are ever more appreciated on the world markets. Doga delle Clavule extends over 130 hectares in the heart of the Maremma. Its soils are primarily sedimentary, and its proximity to Mount Amiata produces perfect climatic conditions for the vineyards, which are protected from the cold Tramontana winds and benefit from the sea breezes. This important aspect of the microclimate reduces the risk of pathogens and consequent vine diseases to a minimum.

The Vermentino grape is of uncertain origin, though after much research it is thought to be a Malvasia Grossa from the eastern Pyrenees that spread throughout France in the late 1800s, and then reached the coastal section of the Maremma, where it adapted well, gaining varietal characteristics that make it easily recognizable, and quite distinct from the Vermentino grown in Liguria and Sardinia. A wine and grape of tradition, Vermentino grows on the gentle hillsides of the Tuscan Maremma, on terrains of sedimentary origin and loosely packed neoautochthonous soils derived from Pliocene marine sediments, benefiting from both the sea breezes, which greatly reduce the risk of vine pathologies, and from the light reflected from the Tyrrhenian Sea. Vermentino Doga delle Clavule is a fresh, intense, persistent wine with floral aromas, and delicate and pleasantly savory on the palate. 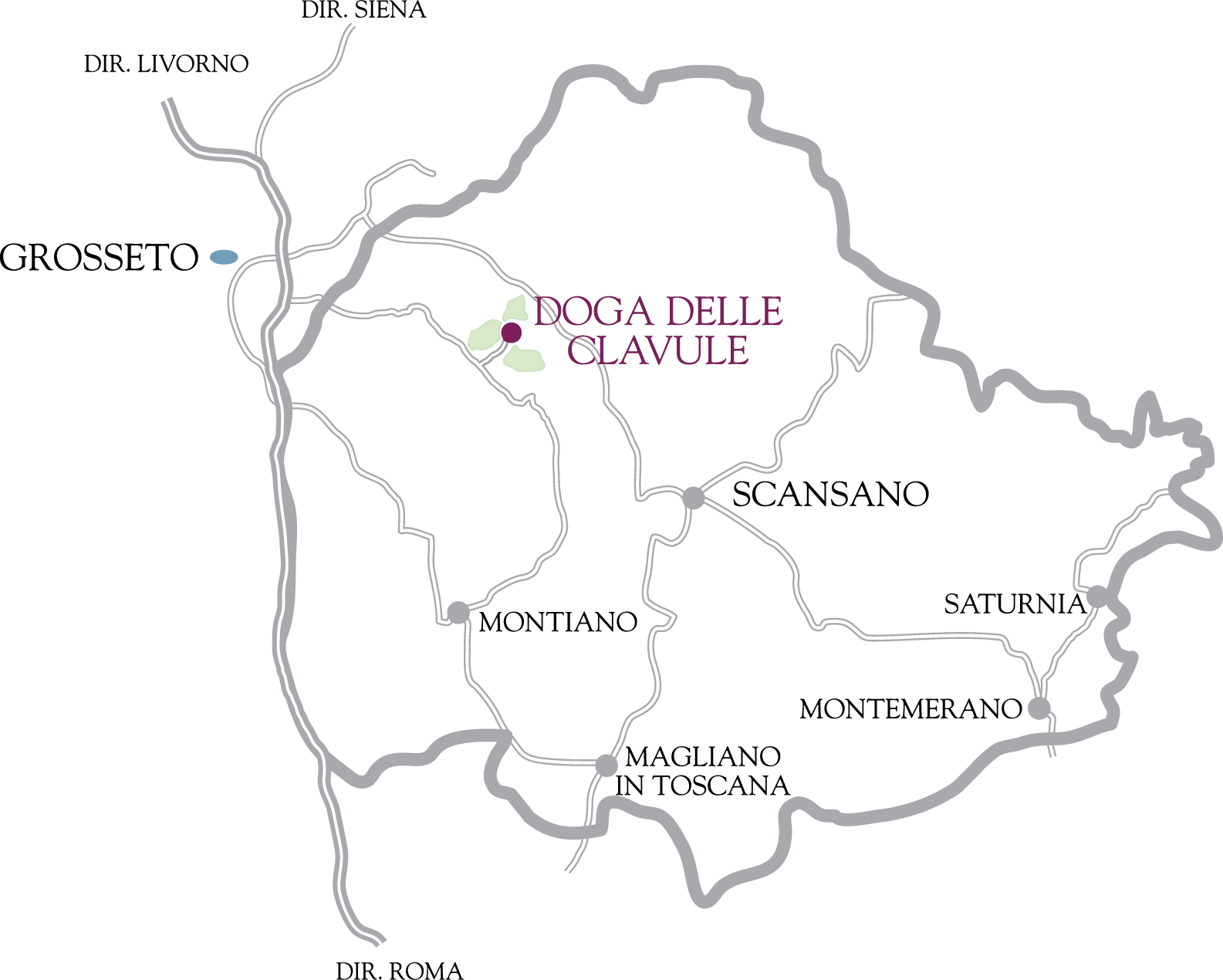